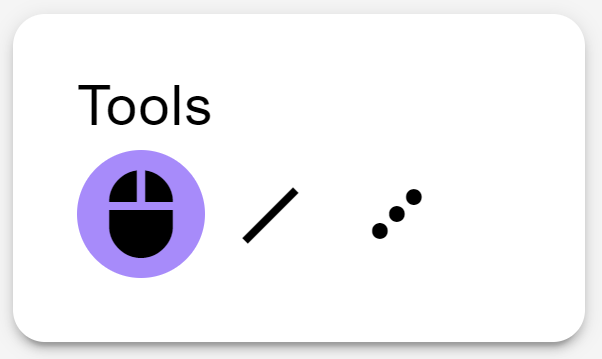 To activate a tool, simply click the corresponding button.

Wall Builder Tool: Used to create walls for your floorplan (which themselves can act as fixtures to hold shelves and products).

Dimension Builder Tool: Used to create custom dimensions, allowing you to measure between any two points on two floorplanned fixtures, to ensure your fixtures are placed exactly as desired.

This page will concern itself with the Wall Builder Tool and the Dimension Builder Tool. The behaviors of the Selection Tool are covered in the other Floorplanning documentation pages.

Wall Builder Tool is active (shortcut key X), left click a point anywhere in the canvas, then, holding down the left mouse button, move the mouse to another point. A preview of the resultant wall will appear as a dimension, allowing you to see how long the wall would be, and its position in the floorplan.

A second wall being constructed, attached to a pre-existing one 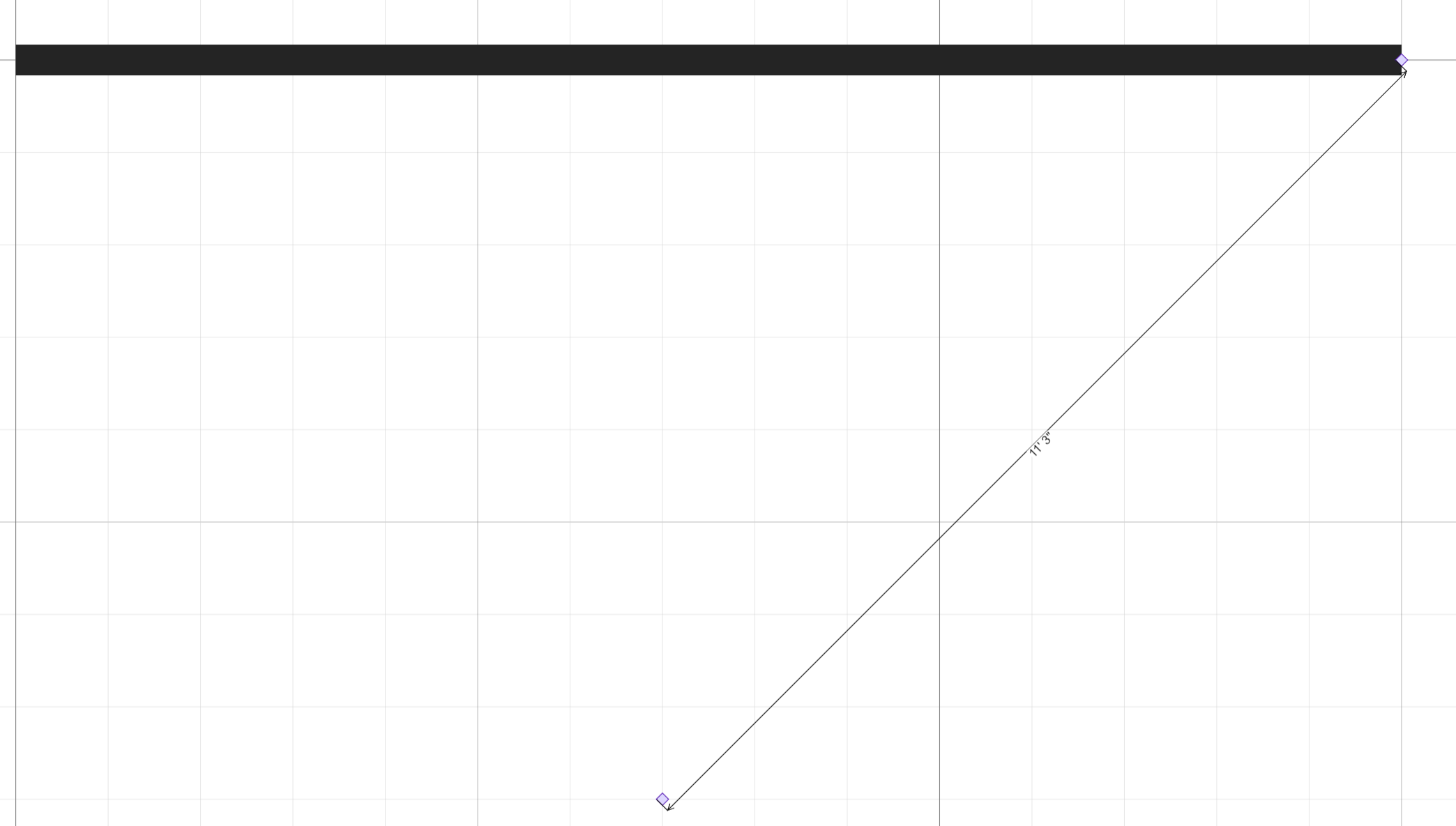 By default, walls are created at angle in increments of 45 degrees. If you wish to have complete control over your wall's angle, hold the Shift key while you are creating it.

Walls can be resized at any time. Simply return to the

Selection Tool (shortcut key Z), then select the wall you want to resize. Click and drag one of the resize handles that appear at either end of the wall. As you resize the wall, you will be able to see how long the wall will become.

When a wall is selected, you may click it's

edit button to edit its display (if it should have one), or the

delete button to remove it from the floorplan.

Dimension Builder Tool is active (shortcut key C), a diamond handle will appear at your mouse coursor when it's in the canvas. To create a dimension, click on a point on either a gondola or a wall, then drag to another point on a gondola or wall. Upon mouse up, a dimension will be created between the two points, showing you the distance between them. 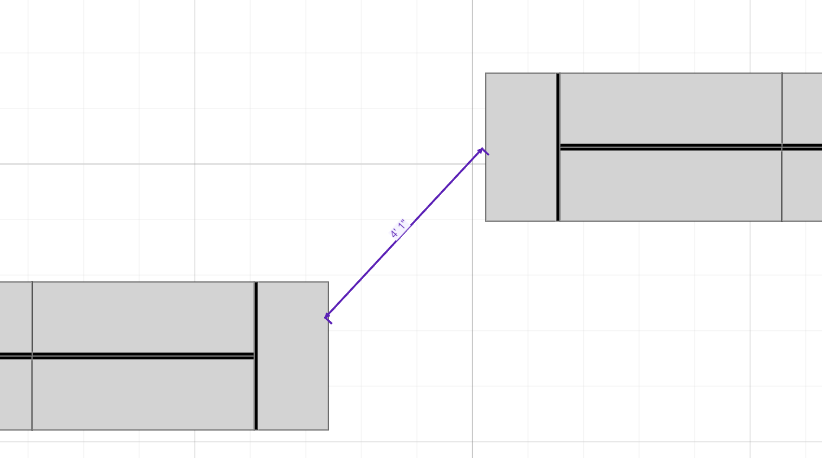 The created dimension will always measure between these two relative points on the fixtures, even as fixtures are dragged around or altered. The dimension can measure either point to point, vertical, or horizontal distance, depending on behavior you specify.

When a dimension is selected, some interaction buttons appear. 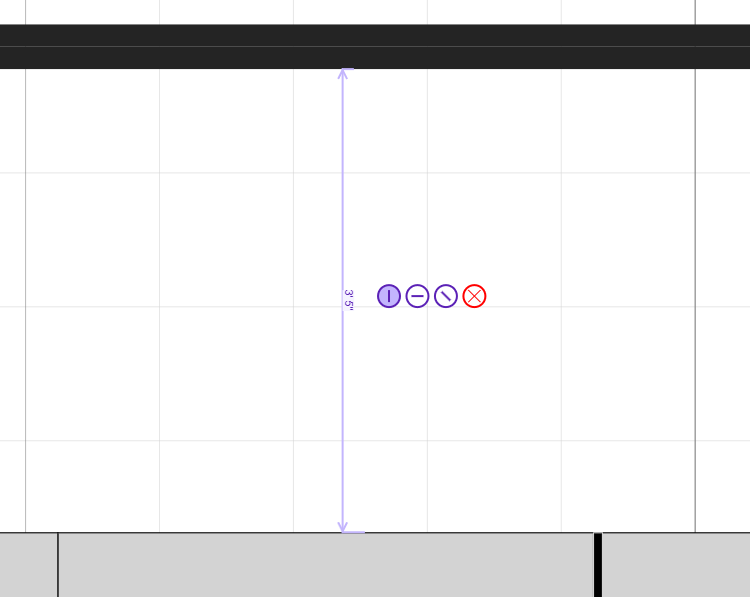 Delete: Removes the dimension from your floorplan. 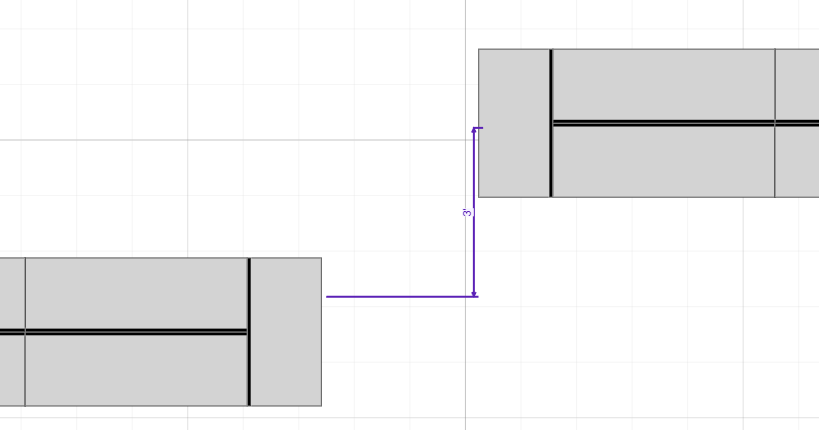 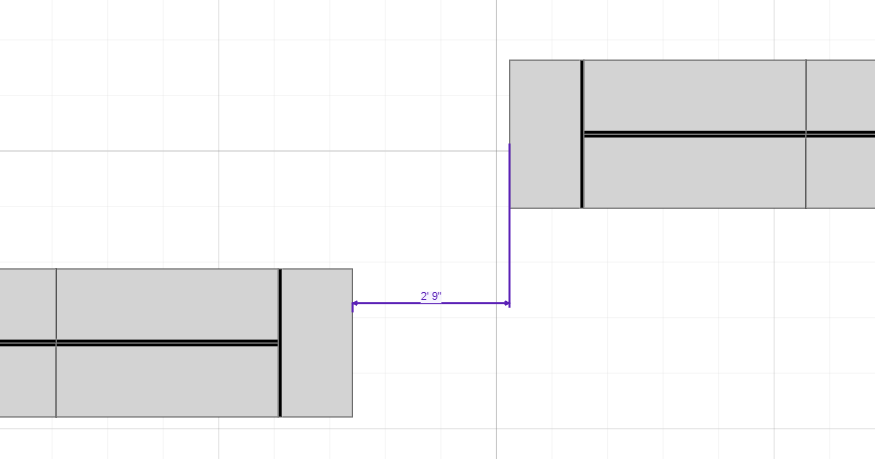